Subscribe to our newsletter to receive exclusive offers and the latest news on our products and services.

A children’s book on conservation from Bumdeling Valley 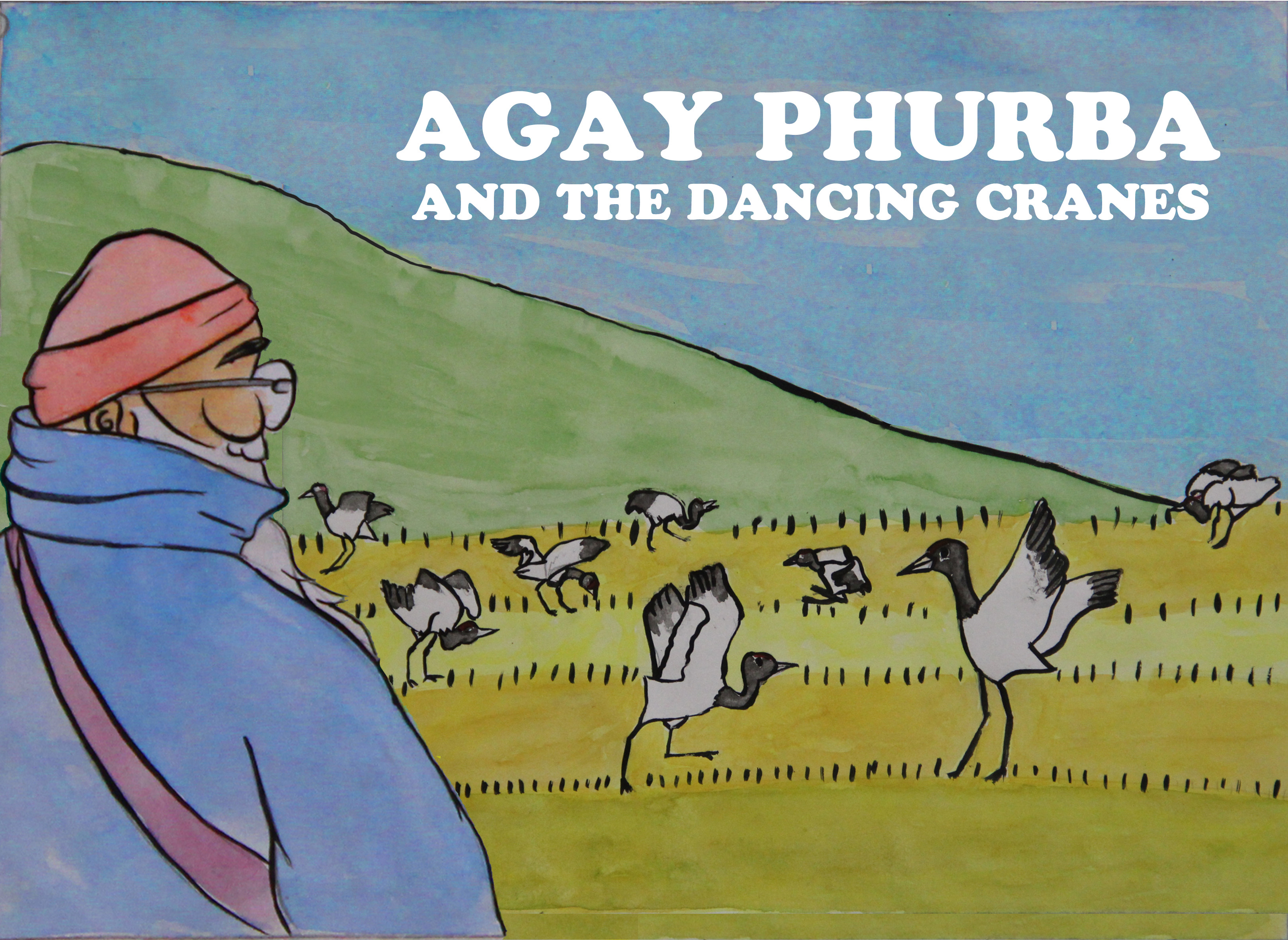 Coinciding with the birth anniversary of His Royal Highness Gyalsey Jigme Namgyel Wangchuck this year, the Tourism Council of Bhutan in partnership with READ Bhutan released ‘’Agay Phurba and the Dancing Cranes”, a story about black-necked cranes, told by the youth from Trashi Yangtse.

In December last year, 15 youths, aged between 12-15, in Trashi Yangtse visited Bumdeling valley. This picturesque valley falls in the Bumdeling Wildlife Sanctuary and is one of the most popular winter homes of the endangered, Black-necked Cranes. It was during this trip that the children got to meet Agay Phurba and learn about this magnificent crane species. Based on their conversation with Agay Phurba, the students came up with the book aptly entitled, “Agay Phurba and the Dancing Cranes”. Agay Phurba has been taking care of the cranes’ roosting ground for about 40 years now. In the story, he talks about the challenges and threats facing crane habitats because of developmental activities and human encroachment.

The week-long story-telling workshop, documentation and the publication of the book was carried out by Bhutan’s new eco-tourism project, “Mainstreaming Biodiversity Conservation into the Tourism Sector in Bhutan” in partnership with READ Bhutan. The story book initiative is being implemented by the Tourism Council of Bhutan, with technical support from READ Bhutan, and is co-financed.

One of the main objectives of the storytelling workshop was to document the existing stories and knowledge in the community on conservation, endangered species and human-wildlife coexistence, by the youth from the community. The initiative also aims to engage youths in conservation by teaching them how to tell powerful stories around biodiversity species found in their communities.

The story and art works are compiled into a book in English and Dzongkha. The copies are published and will be distributed to all schools in the country, and available online.

The black-necked cranes are revered in Bhutan as heavenly birds. To locals, their arrival signifies good luck and bountiful harvest. Their presence also indicates healthy agricultural land and its surrounding ecosystems, including the wetlands, ponds and water bodies.

Tourism Council of Bhutan launched the GEF7 Ecotourism Project “Mainstreaming Biodiversity Conservation into the Tourism Sector in Bhutan” in September, last year. Funded by the Global Environment Facility (GEF) with technical support from UNDP, the project is being implemented as part of the Tourism Flagship Programme.

The project is expected to bring about transformational changes in the rural development landscape. It will also help diversify the agriculture dominant rural economy by promoting wildlife-based economy, boosting domestic tourism, creating employment opportunities and increasing community resilience and connection to nature. One of the aims of the ecotourism project is also to develop a unique ecotourism brand in Trashi Yangtse around cranes, butterflies and other forms of biodiversity.

(Click below to view the story book in English and Dzongkha)

The Tourism Council of Bhutan is pleased to present the first report on Tourism Satellite Account fo...

A children’s book on conservation from Bumdeling Valley

Coinciding with the birth anniversary of His Royal Highness Gyalsey Jigme Namgyel Wangchuck this yea...

The Tourism Council of Bhutan presents its first annual report 2020-2021 which will be the annual fe...

The Tourism Council of Bhutan is pleased to present the Tourism Establishment Census of Bhutan (TECO...

The Tourism Council of Bhutan launched two additional systems on 12th August to improve the tourism...

Notification on monument and sacred sites